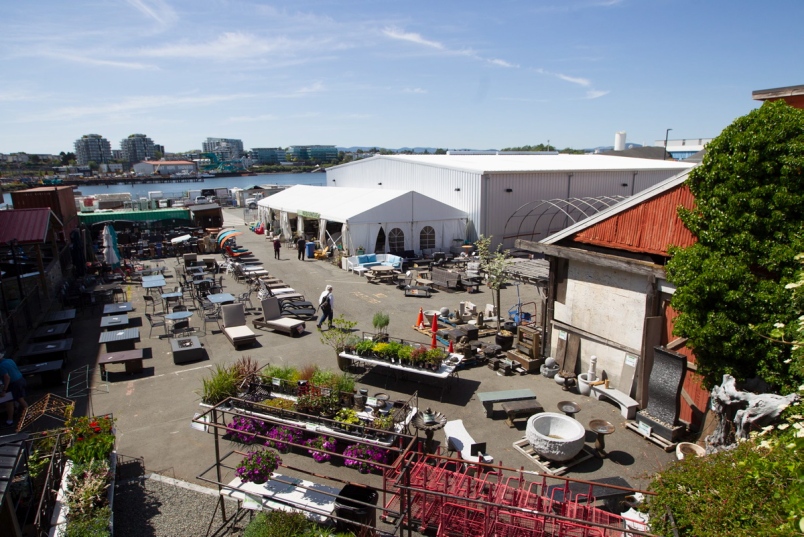 Reliance Properties, which was behind the transformation of the Janion building on Store Street, has picked up nearly seven acres of downtown Victoria, including the site of the Capital Iron building, in a transaction expected to close by the end of this summer.

Reliance is acquiring from the Greene family, founders of Capital Iron, an assembly of property over two city blocks that was put together over more than 30 years.

The land includes the historic Capital Iron building and runs from the foreshore of Victoria’s Upper Harbour east to Government Street, including the Capital Iron parking lot and adjacent commercial buildings at 1950 Government St.

Jon Stovell, chief executive of Reliance, said the deal has been months in the making, and being able to get it done during a pandemic speaks volumes for his firm’s commitment to the city.

“We believe very strongly in this city and the future of this site,” he said. “We have always taken a very long-term view of real estate. We are primarily a [real estate] holder and we’re a big believer in Victoria and have built a significant portfolio there.”

Reliance started investing in the city about 10 years ago. Its portfolio includes the Board of Trade building in Bastion Square, 780 Blanshard, the Fairfield Block, the Northern Junk buildings and the Janion.

Stovell said the appeal of the Capital Iron lands is not just the size — 6.7 acres, with only 93,000 square feet actually developed — but it scratches the company’s itch for heritage redevelopment, offers the potential for a variety of uses and has 400 linear feet of waterfront.

“The Capital Iron site in the long run will have a lot of new buildings, but there are some very significant heritage buildings there at the heart of the site,” he said.

Stovell said it’s far too early to say what it will look like, though he said that Capital Iron will be staying put as will the heritage buildings.

“We are very early in the visioning process. The site is primarily focused on employment lands and I think that will continue to be the main focus,” he said, though he did not rule out a residential component.

He said it would suit any number of uses ranging from industrial and marine, to cultural, educational, high-tech and retail.

“A whole variety of things are being looked at, but no matter what, it will be a mixed-use and highly diverse development,” he said, adding it would also offer a variety of ways for pedestrians to navigate the site.

Dave Ganong, a veteran real estate adviser to the Greene family, said the family is pleased with the deal and think they have chosen the right company to steward the lands.

“Look at Reliance’s background, they are one of the most highly regarded developers on the West Coast and across Canada.

“Ron [Greene] really wanted someone to be mindful of the legacy that would be left behind.”

That Capital Iron will continue to operate was also important. The store was founded in 1934 by Morris Greene as a scrap business, but blossomed as a new-age general store known for its eclectic mix of hardware, housewares, camping gear and patio furnishings starting in the 1970s.

Morris turned over the store to his son, Ronald, in 1971, who handed it over to his daughter, Eveline, and her husband, Mike Black, in 1997.

Black made it clear they’re not going anywhere.

“From a Capital Iron point of view, we will continue to operate and we’re excited at the opportunity to work with Reliance. They have a good reputation in this town,” he said. “The reality is, for us, it’s the same cheque going to a different destination.”

Black said Capital Iron has made a significant investment in improving its online presence and beefing up online business, a result of the pandemic. “I can assure you that is not a cheap investment and I wouldn’t be doing that if we were going to close.”

Stovell said that for the time being, it will be business as usual for all existing tenants, and he does not expect the development process to be quick. The parking lot will be redeveloped first, he said.

Stovell said he wants to be involved in shaping the future of the north end of downtown, what the City of Victoria is calling the Innovation District. He said Reliance won’t make concrete plans until it has worked with the community and the city on what the vision for that area will look like.