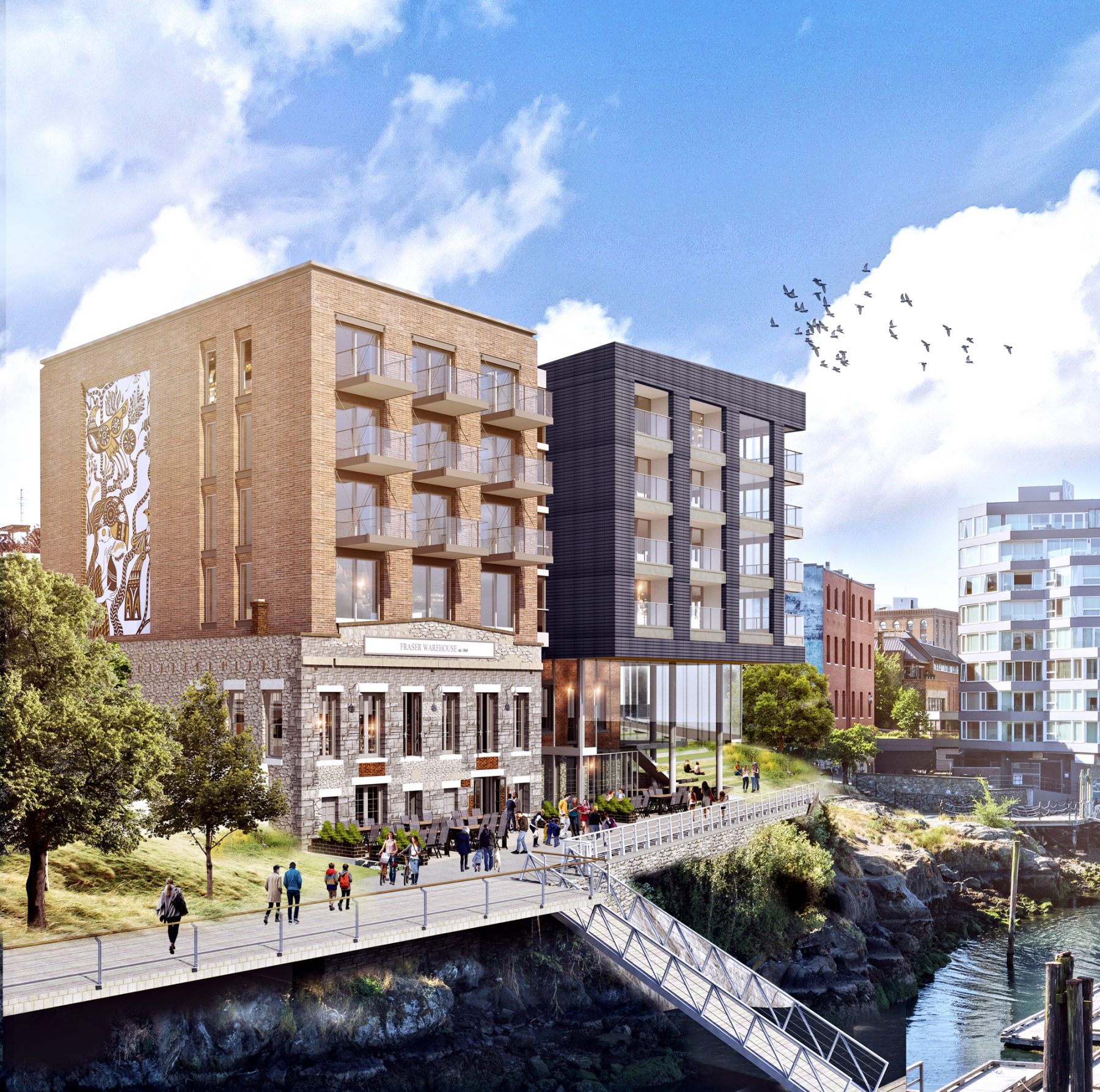 On the Street: Northern Junk developer to host open house on future plans

Reliance Properties will be hosting a public information open house for the redevelopment of its Northern Junk site and heritage warehouses built in the 1860s. The revised proposal calls for 47 homes with commercial space at the base, along with adaptive reuse of the historic warehouses. Reliance recently won three awards for its redevelopment of the historic Janion building, including the Hallmark Heritage Society’s Michael Williams Award for rehabilitation and Heritage B.C.’s Honour Award in Heritage Conservation. In addition, the Urban Development Institute awarded the Janion the Best of Vancouver Island 2018 Award of Excellence.

“As we embark on our latest project at an historic site, this hattrick for the Janion validates our contribution to heritage restoration in Victoria,” said Jon Stovell, president and CEO of Reliance Properties.

The Janion was built in 1891 as a hotel at CP Rail’s final stop. It closed in the late 1800s, after which it was an industrial site used by an ice manufacturer and scrap metal company. It had been boarded up in recent decades. Reliance bought the Janion nine years ago, restoring the heritage building to 122 micro-lofts and ground-floor retail, and added a new addition to the building, which also has retail at the base.

Reliance’s finished heritage projects in Victoria also include 1244 Wharf Street, the Board of Trade Building and the Fairfield Block.